Alketa Vejsiu (Born on January 19, 1984 in Tirana). She was brought up in an art-loving family, where parents “nourished” her with love for art and beauty, believing that good things come when deciding to pursue dreams and passion.

Her talent sparked early in her childhood when she was engaged in modest children’s festivals. When she was just 10 years old, with a great desire for art and television, she was involved in several children’s activities and shows, where she was distinguished as a talent.

When the era of the rise of private radio stations arrived in Albania, Alketa Vejsiu found herself in Top Albania Radio, where she conducted the first musical programs that brought revolution in the concept of music and presentation in Albania. Dubbed as an icon of Albanian radiophony, by always being distinguished for her eloquence, as well as her quick and error-free speech, Alketa Vejsiu is a model that is being pursued even today.

It was soon proved that television and stage would be her safe “terrains”, where she would be affirmed as one of the most prominent Albanian screen presenters over the years.

Her biggest professional turn would be “marked” when she was at the age of 17, and the famous director Vera Grabocka would entrust her the presentation of the show “12 Dreams of a Summer Night”, a format dedicated to the European sport dance. Her career would only recognize climbing, because within a while, Alketa Vejsiu proved that presentation and television were the way to a safe and consolidated success thanks to hard work, sacrifices and above all, unconditional love for television.

In addition to her work and involvement in television, Alketa Vejsiu started her studies in 2003 by choosing to profile her skills at the Faculty of Economics, University of Tirana, in the Business Administration branch. Managerial and communication skills led Alketa Vejsiu to focus on the marketing and business field. Upon completion of higher studies in 2007, she engaged in several powerful business companies in the country as the director of important projects in the field of marketing and communications. Later, she qualified for leadership programs at Harvard University. Eager for knowledge and as an “eternal student”, Alketa Vejsiu decided to attend one of the most sought out courses in the world, with the famous Tony Robbins, author of many books and mentor to millions of people around the world. The training took place in 2019 in Singapore, titled “Unleash the Power Within”! In January 2020 she attended the studies Business Mastery in Palm Beach Florida, once more with Tonny Robbins.

While being integrated into public life by engaging in radio, television and music, in a good period of her career, Alketa Vejsiu received the proposal to be the image of several important companies in the country. In the 2005-2006 period, she appeared for the first time as the image of Bullit energy drink and a year later she became the image of the largest mobile phone company campaign at the time, AMC, “We bring you closer” along with the famous ballet dancer Kledi Kadiu. Since then, Alketa Vejsiu’s image has been firmly consolidated and her figure has become even more beloved for many fans and admirers in Albania and abroad.

After building a career on radio and television, music was, and it continues to be another great love for Alketa Vejsiu. With her participation in some of the most important music festivals in Albania, being honoured with different trophies, she added another success path to her life. In addition to talent in music, she also stood out with her performance and freedom by proving that she owns the stage and conveys emotions in each appearance. Besides the involvement in festivals, Alketa further led her music career by bringing collaborations and novelty videoclips to the Albanian public. The passion for music has been going on for years, and she returns from time to time by thrilling the public with various musical productions, but her primary focus remains the career on television.

Since childhood, in 1992, she was engaged for the first time in Radio Tirana. And this was only the beginning of a long career on radio (Radio Kontakt and Top Albania Radio) and television, while, as Alketa Vejsiu states on her own, radio remains “her first love” to this day.

Alketa Vejsiu’s career began at the age of 17 when she hosted the show “12 dreams of a summer night”. The subsequent formats were just as famous, which undoubtedly gave Alketa Vejsiu the status of the most beloved moderator for the Albanian public. The presentation of “The Little Genius” and then of two “100 Songs of the Century” editions were entrusted to Alketa within a short time. Soon, Alketa returned to television with the successful BBC Worldwide format, “Dancing with the stars Albania”, in which she revealed her artistic values.

The public recognized her for the first time as a co-producer in Fremantlee Media’s patent, “X Factor Albania”, which was successfully realized in Albania for four years. Along with the famous director and producer Vera Grabocka, Alketa brought in Albania the “Dance with me” format from Endemol International. As a producer, scriptwriter and presenter we saw her in 2016 in “Your Face Sounds Familiar”, another international success from Endemol.

Shows moderated by her provide the maximum television audience. Always in prime time, with important shows Alketa Vejsiu has managed to bring in successful shows on Tv Klan (Klan TV). “Peter Pan Trap 1” was a novelty not only because it won an absolute audience, but also because it attracted both children and adults.

Since the first season of this program exceeded production expectations, Grabocka and Vejsiu have started the engines for the upcoming editions of “Peter Pan Trap”. She has interviewed many distinguished celebrities over the years, but the well-known Italian presenter Paola Perego was a surprise in the final sequence of the fifth edition of DWM. She spoke with superlative words for Alketa in an interview on “Maurizio Constanzo Show” at “Canale 5”. Alketa has also hosted important cultural events and activities organized in the country, such as the show “I love Albania the most”, “Euro Video Grand Prix” or Gala Nights. Awarded and ranked in public surveys as one of the most influential Albanian women, beyond her public profile and role, she has always proven to be supporting girls and women in full solidarity with them for great and significant causes and she always encourages those who want to pursue their dreams.

For the first time, Alketa Vejsiu hosted alone the 57th edition of the end of the year music festival in RTSH, her engagement in this artistic competition brought a “u-turn” for the Festival, the tickets were sold out for the three nights in a row and was one of the festivals with the highest engagement from the audience. Alketa Vejsiu is also one of 10, famous woman, selected to host the 70th edition of the historical Italian Music festival “Sanremo”! She will host along Amadeus and Georgina Rodriguez, wife of “the phenomenon” Ronaldo, in the “Ariston” theatre, on the 3d night. 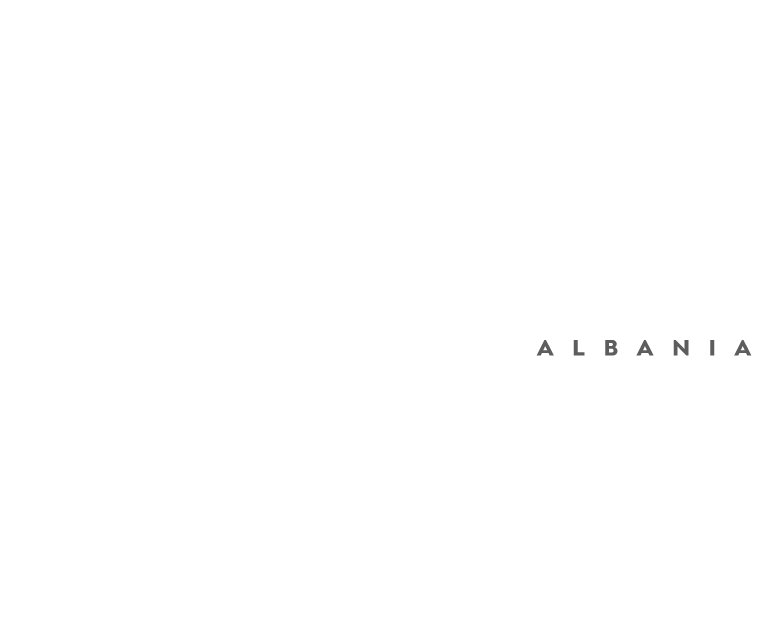 In the spring of 2011, Alketa Vejsiu laid the foundations of her entrepreneurship in a business she named “Class by AV”. The “Class” company focuses on the management and organization of various events, parties, weddings, ceremonies, and production of ceremonial dresses that associate them. Class by AV has also a profile of communications and online PR for well-known companies in the country. Class has diversified the profile of photographic services in Class Photography and image with Class MakeUp. With a clear objective to bring a new, elegant, specific spirit to the industry of event organization, today Class has become the leader of this industry. Class has the appropriate combination in an industry that harmonizes creativity and sense of beauty.

It is the vertebral column of the entire branch of the company Class by AV. With a clear philosophy and full of creativity, Class Events curates every day the most important events and occasions of people who choose and trust it. The main goal of Alketa Vejsiu and her team consists in the realization of events beyond the borders of Albania. Class Production is a company that produces and designs events, and various productions for “Entertainment and TV”.

This is also one of the sectors created since the beginnings of the company. The exposure of Alketa Vejsiu on television and in public life for several years has led her to consolidate an image curated with taste and elegance. She has implemented the same philosophy in Class Dress, with the selection of dresses from prestigious world brands, and since 2017, in her own brand bearing the label of the company, Class Atelier.

In 2014, Alketa Vejsiu together with a close staff of journalists, founded the online magazine www.classlifestyle.com. This magazine covers a wide range of articles from the world of showbiz, lifestyle, culinary, interior design, but at the same time this magazine serves as a communication bridge and as a dedicated media space for PR and advertisement of various services and products. Today, Class magazine is ranked in the 10 most popular online portals in the country.

With passion for aesthetics and beauty, Alketa Vejsiu established a beauty centre dedicated to girls and women.

As one of the first services created since the establishment of Class by AV, the photography sector is another important profile of this company.

For all media inquiries please complete the form below: